Fintrx, a Boston-based data and research firm, released their Family Office Report in August 2020.  According to the study, increasing numbers of wealthy families are investing directly in private companies through single-family and multi-family offices.

While family offices have long had the ability and desire to invest directly (versus going through a fund structure), this strategy did not take off until 2010, according to the study. Between 2010 and 2015, activity jumped 206%, rising steadily since then, the study says.

The majority (83%) are single-family offices, which represent about 39% of the global family-office universe, the study says.

Importantly, newer family offices created since 2015 are driving growth in direct investing.  Two-thirds of newer offices are investing directly, compared with only 52.4% of those founded between 2006 and 2010 and only 25% for those founded before 1985.

The study’s data also found that among global family offices that invest directly, 61.4% invest in tech companies.  This reflects the new wealth generated in the tech industry:  82.5% of families that built their wealth in technology businesses invest in the sector.

Multi-family offices face more regulatory restrictions – in the U.S., these offices must be registered investment advisers with the federal Securities and Exchange Commission.  Interest in direct investing is becoming more widespread as multi-family offices become more sophisticated and modernized.  Russ D’Argento, founder and CEO at Fintrx, says that offering direct investment capabilities becomes “an interesting way for multi-family offices to add additional value and (it’s) how they can separate themselves from others in the space.”  D’Argento says, “It’s something we’re starting to see more of.”

Private-equity funds that invest in a range of companies are tapped by wealthy investors attracted to often double-digit returns. Private-equity fund managers can be pricey, often charging a 2% management fee each year and 20% of the profits realized upon sale of the company.  Avoiding these costs is a good reason to skip the fund structure.

Ultra-wealthy families often go direct because they may operate with an investment time horizon of 100 years, Ferguson says. That’s different from a private-equity manager who looks for an exit within five-to-seven years, he says.

Also, “with direct investing, these families have the ability to invest in the specific businesses they want to invest in,” Ferguson says. “They have a lot more control and can have (more of) a positive impact on the business through direct investing than through fund investing.”

Generally, the world of family offices is more personal and relationship-driven than elsewhere in institutional investing, so families are willing to co-invest on projects together, or to help one another source deals.  “It’s helpful for them to know what their peers are doing, where they are allocating,” D’Argento says.

Ferguson recalled working with a family running a manufacturing business with several hundred employees in a small town in the U.S.  “Their most important value was their community and their employees,” Ferguson says. The owner was seeking an investment partner, rather than a private-equity firm or another strategic acquirer who might want to fold his business into a larger entity to reduce costs.  Instead, the owner took a co-investment from another family with experience in manufacturing and the ability to add value. “It worked out well,” he says.

D’Argento says that for families that want to invest in less-familiar industries, however, private equity and other fund structures continue to make sense.  “It’s certainly not binary,” he says. “There’s a place for (both) in most of these family’s portfolios.” 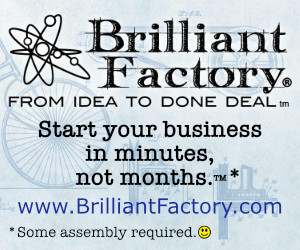